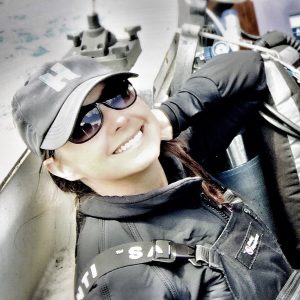 Not too long after your first introduction to diving, you may hear the terms “recreational diving” and “technical diving”. You may hear these terms from divers talking about their upcoming diving plans or read it in marketing materials from training agencies or even in equipment promotional materials. What is recreational diving and how is it different from technical diving? To understand this, we have to take a step back in time to about the early 90’s. I wrote an article for Quest magazine a year or so ago that talks about the difference between these two types of diving and I have continued with it below. Some of the terms below may be new to you so the easiest way to learn more about the topic is to pick the brains of someone at Eight Diving co. Let’s just say that 20 years ago, everyone was trying to differentiate between “rec” and “tech” and maybe we have come full circle on this…☺

A lot has changed in diving since Michael Menduno first coined the phrase “technical diving” to describe the rapidly changing landscape of scuba diving where “mix” and specialized equipment helped divers expand the reach of their diving. He likened this to changes in the computer world where technological advances in personal computing made technologies available to the everyday consumer that had once been limited to government and commercial entities. Rebreathers and other tools once reserved for military and commercial use were now making their way into the recreational domain.

Originally, Menduno and others believed there was a need to differentiate recreational diving from this emergent, more technologically-dependent diving because the latter unavoidably involved more risk and they were concerned that an increase in diving accidents could result in government interference in what had been a largely unregulated activity. Creating a separation between recreational and technical diving would hopefully restrict any future fallout resulting from technical diving accidents to that domain of diving. This seemed like a smart move at the time and it served to reinforce the split between “tech” and “rec.”

It is clear that Menduno’s original prediction came true. Nearly every diver today is aware of nitrox even if they don’t use it themselves and most dive shops have nitrox on tap for gas fills. Charter boats are regularly filled with closed circuit rebreather divers and the term tech diving has become commonplace. Nearly every training agency offers some form of technical diving training and many new divers walk in the door of a dive shop with technical diving as their end goal. Tech gear is made by almost every manufacturer and some companies restrict themselves to that realm entirely. Technical diving conferences, workshops, articles, and books are commonplace, and the term seems fully integrated into today’s diving lexicon.

Since then, there have been multiple attempts to further differentiate technical and recreational diving. Most of these have focused on equipment and gases or factors relating to depth or decompression. With few exceptions, nearly all of these attempts have reemphasized Menduno’s earlier definition that made a distinction between recreational and technical diving. But now, nearly 30 years later, and on the 20th anniversary of the formation of Global Underwater Explorers, maybe it’s time to clear the slate and take a new look at the definition of technical diving.

I learned to dive in 1982 and at that time the emphasis was on taking continuing classes, one after another. No one actually ever asked me why I wanted to learn to dive. If they had, I would have told them I wanted to explore and see things most people had never seen. I wanted adventure! I didn’t sign up for my open-water class simply to take more classes. For me, it was a means to an end but somewhere along the way the means had been confused with the end. Like many divers, I soon found myself as an open-water instructor because that was how the system was organized. I certainly hadn’t started with that end in mind, but there I was, teaching other divers how to dive and take more classes, just as I had. It seemed that if I wanted adventure, I had to look elsewhere. Dive clubs were organized around more senior divers helping novices become senior divers to continue on the same treadmill. I sure wasn’t exploring yet.

One day, everything changed. As I finished a dive at a local dive site, I watched a diver float effortlessly in about 9m (30 ft) of water doing some things that I didn’t think you could do without hanging on to a line or a rock. I waited until he and his buddy left the water and I approached him to ask how he did what he was doing. He asked me if I had heard of Global Underwater Explorers and I said a little, but wasn’t that familiar with them. He extended the hand of friendship and my diving world changed forever.

GUE seemed to be the answer to everything I was missing. As a former military member and lifetime rugby player, the concept of the team was not new to me. It was a common thread through my life and now I had found a means of extending this into my passion for diving. Importantly, I discovered that GUE was not just about training, but also about doing something with your training. I learned that exploration and conservation were just as important as education and training in the GUE world.

I also found that the distinction between technical and recreational diving was an artificial one in the GUE world. Instead of distinct fields, I discovered a continuum with differences in degree.

I had been taught that technical diving required technical equipment and recreational diving used recreational equipment and there was little overlap. Like many divers I invested heavily in both sets of equipment. GUE changed that perspective and showed me that diving was just diving; if my gear worked in challenging environments, then it was just as likely to work in benign environments. This piece of information alone would have saved me thousands of dollars.

Training progression was based on skill development and mastery rather than a series of artificial distinctions represented by certification cards, and much to my surprise, the equipment configuration was very similar throughout all GUE diving. No one was allowed to move forward without demonstrating mastery of the previous level of skills. There were no preprinted cards waiting for the weekend class to be over; you earned your certification.

GUE presented me with a foundational set of skills that allowed me to move through the water with the least amount of energy and effort. Moreover, it didn’t really matter what environment I was diving in, I was still diving. Precisely managing my buoyancy, propelling myself efficiently, and maintaining a stable platform underwater provided the foundation of all my diving. Diving was indeed just diving; the distinction between recreational and technical diving seemed contrived.

This realization was an epiphany for me. I looked at diving through a different lens, and the ramifications of this were significant. It implied that the diving world should be more egalitarian. Prior to this, I had watched some qualified tech divers look down their nose on recreational divers. They saw themselves as superior to recreational divers. I struggled with this for a long time because I couldn’t understand how if we were sharing the same environment, were we not just doing the same thing? I read multiple definitions of technical diving but the fact that this definition seemed slippery suggested to me it might be artificial. GUE helped me to understand that while diving was just diving, equally importantly, divers were just divers.

But maybe it’s time to focus on what makes us the same instead of what makes us different. This is easy in the GUE world because our dive training and education builds on previously learned skills that have been demonstrably mastered. The environments we can dive in expand as our abilities expand. There is no magical moment where we can look back and differentiate between our being recreational and technical divers. It is a continuous and smooth evolution as we develop our capacity as divers and that lets us expand our diving world. Within the GUE world, the titles on the certification cards aren’t so much labels as waypoints in this journey.

While some of us may dive deeper or longer than others, we are all divers by definition. We all share the need for the foundational skills of buoyancy, trim, and propulsion to help us navigate the underwater world safely, while having minimal impact on that environment. GUE helps to connect us all by showing the common thread that runs through our equipment choices and our foundational skills and training. GUE helps bring us all together as fellow travelers on the journey to explore the underwater world and incidentally, shows us that recreational and technical diving aren’t that different after all.

(Parts of this article have been originally published as “Technical Diving Redefined”, in Quest magazine)